Learning to do,Doing to learn

Learning to Do: A Personal History

Manual or industrial training in schools became a controversial topic nearly 150 years ago when many prominent educators suggested that practical skills were as important as academic knowledge. Though resisted by many traditionalists, the advocates’ conviction led to the establishment of manual training programs in schools across the country. One, founded in 1886 in Bordentown, New Jersey, grew into the Manual Training and Industrial School (MTIS), which began to thrive after the state acquired it a decade later.

Another was the State Manual Training School in Ellendale, North Dakota, established at the turn of the century.

Both, as they developed, were influenced by the work of John Dewey (1859-1952), who had begun to put into practice novel ideas about the relationship between the child and the curriculum, schools and society, while directing the Laboratory School in Chicago beginning in 1895.

My interest in these schools – those of Bordentown, Ellendale, and Chicago — stems from lessons taught by my parents. During the 1930s, my father ran a play club in suburban Chicago that had as a motto lines that could have come from Dewey – “learning to do, doing to learn.”

In 1935, my mother enrolled in what had become the Normal and Industrial School (the NI) of Ellendale, learned to be a bookkeeper, and used that skill to find a job in suburban Chicago. There, she met my father, also a Dakota native. Together they raised their four children in a learning to do and doing to learn household.

In the 1970s, while working at Teachers College in New York and raising my own children, I studied the history of education and the work of John Dewey, appreciating how it resonated with my own history. Three decades later, I wrote a doctoral dissertation on Ella Flagg Young (1845-1918), the noted Chicago educator who had taught Dewey how schools function as social institutions. Like Dewey, she believed that manual and industrial training programs should enhance the ability of students to lead fulfilling and productive lives; as superintendent of schools in Chicago, she was able to guide the development of programs that did that.

A decade after a few stimulating years of engagement with Ella Flagg Young, I had an opportunity to teach in a New Jersey state prison. Addressing classrooms full of smart and studious men, I wondered why they were on the inside and I was out. One reason, I decided, was they hadn’t attended schools like MTIS or the NI – schools in which they could receive a solid academic education and acquire a trade, skills that could enable them to earn a living or go on for further education. With this in mind, I began delving into the history of manual training programs and came across a comment made by the warden at one of the nation’s toughest prisons:

You know what’s crazy? I got more than 400 people in vocational programs here. . . . I got people training as auto mechanics, in horticulture. This is a bigger vocational school than what we have on the outside.  Why do we as a society wait until a guy ends up here before we give him a decent vocational education?

The reasons why my incarcerated students had never received a decent education – vocational or academic or both – are complex and not ones I can address here. What I can do is continue delving into the history of industrial training programs in Bordentown, Ellendale, Chicago, and elsewhere. And hope that some of this history can inform our ongoing national debate about what ails our schools and the students who leave them with limited sense of purpose. 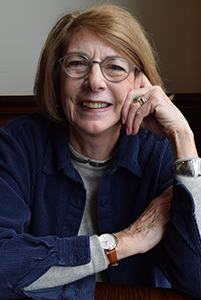